Google Can’t Seem To Get It Right With Recent Updates 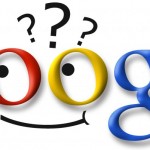 Search engine optimization is becoming more and more complicated. Keeping up with Google’s latest updates is no easy matter. One reason for this is that Google is far from consistent in the way it rolls out its updates. There are many cases where websites find themselves rising and falling in the rankings due to Google’s fickle enforcement of its own rules. How are website owners supposed to know what they should do if Google itself goes back and forth on its own policies? Another fact that is often overlooked is that recent Google updates only affect a small percentage of sites, with the original Penguin impacting just over 3% of queries and subsequent refreshes a much lower percentage.   The Release of Penguin 3.0 As you probably know, the release of the original Penguin update was April, 2012. Google, of course, also releases smaller updates in between the major ones. In October, 2014, for example, Penguin 3.0 was announced. This was the first update since the release of Penguin 2.1, […] 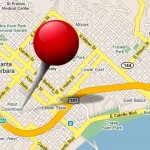 Now that Google has released Pigeon, its latest algorithm update, we are seeing some changes in the relative importance of ranking factors for local search. If you want your business to rank well in local searches, it’s critical that you stay abreast of these changes and learn how to make them work in your favor.   What Are the Main Factors Regarding Local Search? When local search became a factor several years ago, brick and mortar businesses scrambled to position themselves to benefit from this trend. It became clear that more and more customers were searching for businesses using place names. This is also related to the widespread use of smartphones and tablets, which make it easy for people to search while driving or walking around. What are the leading factors that Google and other search engines use to rank websites locally? Social Signals -This includes Google+, Facebook, Twitter and other social media sites. Reviews -Reviews play a significant role in search engine algorithms. Google looks for not only the […] 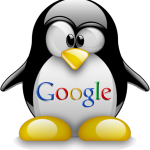 Anyone who cares about SEO and ranking a website pays attention when they hear news of Google updates. Previous changes in Google’s algorithms, including Panda and the original Penguin, caused some major repercussions in the rankings. While some sites actually benefited, many more were penalized. In some cases, this caused the collapse of entire online businesses. Google has just announced that Penguin 3.0, the latest Penguin updated, went live on October 17, 2014. The last Google Penguin refresh was a little over a year ago, introduced in October of 2013. What will this new update mean?   Penguin: The Final Nail in the Coffin For Low Quality Links In order to predict what Penguin 3.0 will mean for website owners and SEO specialists, it’s important to understand the fundamental changes brought about by prior Penguin releases. One of the biggest areas that must be considered is the area of so-called negative SEO, which involves removing low quality “toxic” backlinks from your link profile. Google has, over the last decade, been […] 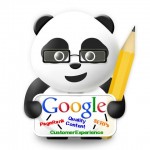 Long ago, the frequent appearance of a competitive keyword or keyword phrase on your web site meant your pages were most likely to show up high in the search results, especially when search engines were in a race to deliver the best possible user experience. The result was an Internet filled with keywords and ads.   Quality Content Instead Search engines adjusted their algorithms and tried again. The second major iteration required web sites to have quality content. Exactly how they were measuring what was and was not “quality content” wasn’t entirely clear. What site owners did know was that simply filling a site with keywords was no longer bringing them the kind of traffic they once had. So, the site owners made their own adjustments. What they ended up with was search engine optimization 2.0, which emphasized a wide variety of content ranking for thousands of different keywords instead of taking a popular keyword and trying to build a page designed to out-compete the rest of the world for […] 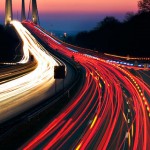 Search engine optimization has grown to become a very broad and deep specialty in the field of marketing. Today, it is hard to find a perfect place to start for someone new to SEO since SEO is a moving target, always evolving and always giving even the most experienced marketers fits. Still, I do believe that keywords are the single most important aspect to search engine optimization. Keywords are words people are typing into search engines to find what they are looking for. Keywords can be very mainstream or broad, or more niche and focused. It is the more focused keywords that people who want to be found on the net are dying to know so they can better target their desired users. Ultimately, search engines rely on words to understand relevance. The search engine is where real humans interface with the internet. Everything your potential customers are thinking about in relation to the products and services you sell, or your very brand itself can be known by conducting keyword […] 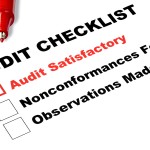 Getting your site in top shape for ranking well in search results is a lifelong job that begins with a proper audit of your site’s current SEO health. You can have a wonderful social and content marketing strategy, you can even get some great links, but fundamental problems with the way your own website is structured will always handicap you. So you want to make sure you are maximizing your site’s potential to reach an audience and don’t know where to start? Well, this blog post will provide a simple guide to giving you the information you need to whip your website into shape from top to bottom. Almost every single page is an opportunity to seize traffic, and more importantly, you can increase the flow of qualified traffic that is more likely to buy into you and what you have to offer. This can’t be stressed enough; a lot of traffic that quickly leaves your site is probably not helping you much, and can actually be hurting you with […]