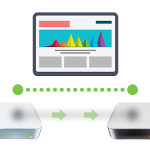 For any number of reasons, you may need to migrate your website from one host to another. This may be because you are dissatisfied with your current web host or because you’ve decided you need a host that offers certain features. Website migration might also entail using a new domain name or redesigning your entire site. Whether you are changing web hosts, domain or both, there are certain technical challenges involved in migrating a website. One concern, however, that is especially important if your website has any significant traffic and search engine rank is what effect, if any, migration will have on SEO. Migration can, in fact, cause your ranking to go down if you don’t take certain precautions. Fortunately, there are some steps you can take to protect your site’s SEO when migrating. SEO is not the only potential problem that can occur with migration. Another is downtime. The two are not mutually exclusive, of course, as having any significant downtime is likely to cause a drop in the […] 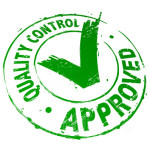 Many websites have noticed a change in ranking, sometimes quite drastic, starting in April, 2015. At first, it was a matter of debate whether or not anything had really changed. Google, however, has recently admitted that it has made significant changes in how it assesses the quality of websites. For this reason, these changes are being referred to as the Quality Update. Another name for it is the Phantom Update (or Phantom II, as another update from two years ago was also dubbed Phantom), because it appeared to come out of nowhere and it’s very existence was initially questioned. The Quality or Phantom update comes on the heels of so-called Mobilegeddon, where Google has officially begun using mobile-friendliness as a ranking signal. The Quality Update is an even more comprehensive update. As it stands, websites are having to deal with two updates that were released in April-May of 2015.   Main Features of the New Update According to Google, the new update does not target any specific type of site. […] 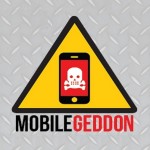 While Google is famous for causing a stir with its updates, it’s been a while since there has been anything as earthshaking as “Mobilegeddon.” The update, which was just released yesterday, is significant because it involves an ongoing shift in the way people access the internet. The rapid growth of mobile devices such as smartphones and tablets has been going on for some time now. It is only now, however, that Google has come out with an update that specifically targets mobile-friendly websites. This will surely have huge implications in the SEO world.   This Update Only Applies to Smartphones One thing that should be noted about Mobilegeddon is that it only affects smartphones. Even though iPads and other tablets are commonly thought of as mobile devices, Google has decided to specifically focus on mobile websites for this update. The reason for this is fairly clear. Mobile websites present a distinct category and have often been problematic for people trying to access sites that were built for desktops. Tablets are […] 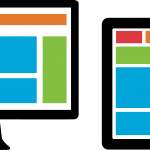 As mobile devices have become ever more popular, we have been hearing a lot about the benefits of creating mobile-friendly websites. This is important for reaching the many people who browse the web and shop using smartphones and tablets. Google has gradually been giving indications that it favors mobile-friendly websites. In the fall of 2014, Google announced that it was “experimenting” with giving ranking boosts to mobile-friendly sites. Now Google has taken the next step and formally announced that, starting April 21, 2015, mobile-friendly websites will be rewarded with a ranking boost. This has profound implications for all website owners, removing any doubts that this will now be an important ranking signal.   Factors to Consider With Ranking Mobile-Friendly Sites There are quite a few factors to consider when it comes to this new Google announcement. All pages must be mobile-friendly. Google will be looking at each page of a website individually. It’s not enough, therefore, to only have one or two pages on a website mobile-friendly; all pages must […] 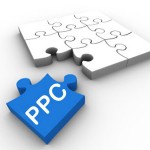 Pay-per-click advertising gives you one of the most powerful methods to deliver targeted traffic to your website or landing page. It’s also a very fast way to get traffic. At the same time, PPC is an extremely complicated process with a steep learning curve. The difference between success and failure can depend on a wide variety of issues, such as the words you bid on, your budget, the quality of your landing page, your quality score according to Google and so much more. That’s why it’s necessary to constantly track your results and refine your approach. By auditing and optimizing your pay-per-click account, you can overcome mistakes and make your campaigns more profitable. The following are some of the most crucial areas to focus on when auditing your account.   Connect AdWords and Google Analytics For the purposes of this article, it is assumed that you are using Google Adwords. While many of the same principles apply to any pay-per-click platform, one advantage of using AdWords is that you have […] 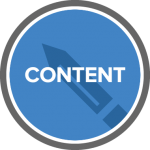 The term “content marketing” is repeated far and wide nowadays. Many people, however, don’t understand what it takes to effectively market their content. The basic problem is that not everyone understands the distinction between content creation and content marketing. Creating content is only the first step. If you want to find an audience for your content, however, you have to actively market it.   Why It’s Not Enough to Simply Create Content The web is saturated with content. Think of all the emails, Twitter and Facebook posts and articles you see every day. The internet is overflowing with content, to the point that many people experience information overload. For this reason, when you add your own content to the mix, it’s a real challenge for anyone to notice it. Whether you are sending out a newsletter or posting an article to your blog, you are competing with countless other units of content. Many of these will be in the same or similar niche as yours. This is why simply creating […]