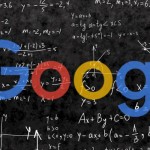 Google often starts the new year with an update, so many analysts were expecting a Penguin update at the start of 2016. However, it appears that instead of this, we have something even more significant -a core algorithm update. This was confirmed in a Twitter post by Gary Illyes. This update has already resulted in many ranking changes. While the long term effects of this are yet to be seen, it’s a good idea for website owners to take a close look at their SEO factors and make sure that this is a good year and not one where they get penalized.   What is a Core Algorithm Change? When Google talks about making a change to its core algorithm, what exactly does this mean? This is, by Google’s own admission, a difficult term to define precisely. However, the company has recently made an effort to clarify the implications of this type of update. According to Search Quality Senior Strategist at Google Andrey Lipattsev, a core update is one that […] 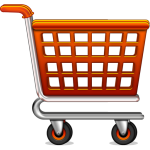 Google Shopping campaigns make it possible to conduct highly targeted and profitable campaigns for just about any product. Although they are managed from the AdWords dashboard, they are far more flexible and sophisticated than traditional AdWords text ads. Shopping campaign ads now often show up at the top of search pages. If you have used Product Listing Ads in the past, you should know that Google has replaced these with a new interface under the name Google Shopping campaigns. The basic concept is the same, but certain features have changed, providing sellers with more options and flexibility. Today’s internet users are very image-oriented, which naturally draws their eyes to the images displayed by Google Shopping listings. It’s often possible to get better conversions from these campaigns than from text ads. There are many factors that go into successful Google Shopping campaigns. Let’s look at some of the most important points to keep in mind when setting up your campaigns.   The Basics of Setting up Google Shopping Campaigns Here are […] 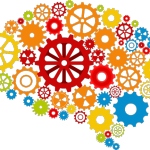 Google RankBrain is an artificial intelligence system that Google has started using for processing its search results. This is not Google’s latest algorithm, but a new technology that the search engine company is using to implement its current algorithm. Officially, the formula for ranking search results hasn’t changed. This means that the latest update, known as Hummingbird, is still in effect. Yet if Google is using a new technology, it’s natural to wonder if this might impact rankings in some way.   Artificial Intelligence and Machine Learning The term artificial intelligence or AI has been around for some time and is often used in science fiction. Strictly speaking, AI refers to computers that are just as intelligent as humans, something that does not exist at this point. However, the term is more loosely used to describe any type of technology where a computer can teach itself to complete certain tasks. Computers can already do this to some extent. An example would be a high functioning chess playing computer, which is […]

Securing Your Site From Hackers Now More Important Than Ever 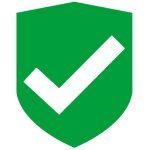 Nobody likes having their website hacked. It’s the online equivalent of having your house broken into. It can cost you business, it takes time and money to fix the site. If that wasn’t enough, having your site hacked can harm your search engine ranking. Let’s look at the many ways that hacking can damage your site, business and ranking and offer a few tips on how to prevent this from happening.   What Happens When Your Site is Hacked It’s an all too common occurrence. You go to check on your site or make some changes, and you can’t find it. Or someone else informs you that your site is offline. Unless you have high level hosting that provides guarantees against hacking, your host will not be of much help. At best, they’ll offer you some kind of upgrade to fix it for you. You may wonder why someone hacked your site. In some cases, the objective is to steal valuable information such as financial data. Some hackers install malware […] 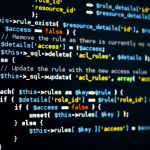 Google has announced that it’s going to release yet another algorithmic update on November 1, 2015. This one is fairly focused and specific, but it still has the potential to affect many sites. Google has, in fact, made the rather ominous statement that certain pages will be de-indexed if they don’t measure up to the latest standard of mobile-friendliness. This update is concerned with large and intrusive apps for mobile pages that block content. According to Google, such apps make it difficult for users to access the content for which they’re searching. Let’s take a look at what this means, who is likely to be penalized and how you can make sure your site isn’t affected by the new update in November.   Problems Caused by Large Mobile Apps The November update is specifically concerned with sites that use advertising apps on mobile sites. The issue, according to Google, is that certain interstitial ads block large amounts of content. Many of these ads are designed to get the searcher to […] 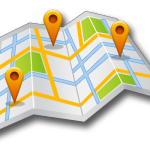 Local Search is critically important for local businesses trying to reach a wider audience and for SEO agencies whose job is to rank local businesses. Mobile users in particular are likely to search for local businesses such as stores, restaurants, florists, auto services, and many others through Google. Even as Google has encouraged businesses to work on their local SEO and to actively update their information, they also consistently change the rules of local search, making it more difficult to achieve and retain a high ranking. Just recently within the last few weeks Google has reduced the number of listings in local search results, which is sure to have a significant effect on local SEO. It will be now more challenging than ever to rank your business, or your client’s business in the top listings as the number of spots available has significantly decreased.   Reducing Visible Search Results from 7 to 3 The big recent change has been to reduce the number of local search results from seven to […]