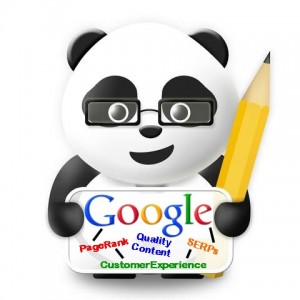 Long ago, the frequent appearance of a competitive keyword or keyword phrase on your web site meant your pages were most likely to show up high in the search results, especially when search engines were in a race to deliver the best possible user experience. The result was an Internet filled with keywords and ads.

Search engines adjusted their algorithms and tried again. The second major iteration required web sites to have quality content. Exactly how they were measuring what was and was not “quality content” wasn’t entirely clear. What site owners did know was that simply filling a site with keywords was no longer bringing them the kind of traffic they once had. So, the site owners made their own adjustments.

What they ended up with was search engine optimization 2.0, which emphasized a wide variety of content ranking for thousands of different keywords instead of taking a popular keyword and trying to build a page designed to out-compete the rest of the world for it. This was the golden age of “farmed” content. Sites were willing to buy articles, pages, and nearly anything else they could find if it meant they could permanently install it in their long-tail model and get a few organic visits from search engines every month.

Then along came Google’s major algorithm revisions, the latest of which is called Panda 4.1. The major revisions took the concept of user satisfaction with search results and distilled it to a set of measurements for a web page or article. These measurements were designed to indicate whether a user was getting what they wanted when they clicked on a link in a list of search results.

Setting up a search algorithm to measure user satisfaction created a situation where simply buying a large amount of content was no longer enough. The long tail was not going to provide a site with consistent traffic if the people reading those articles were unhappy with the quality level. This created an opportunity that previously did not exist. If a site were able to produce focused content at a higher quality level than its competition, the search results would reward them.

The practical effect of this is that content which makes users unhappy is more likely to be penalized by the Panda 4.1 algorithm update. Google refers to these kinds of articles as “low quality” or “thin” content. The belief is that articles with major grammatical or spelling errors, or articles that are poorly formatted are likely to have been hastily produced and published. It is also believed that the low quality level might indicate some of those articles are not original work.

Hastily formatted, unoriginal articles with spelling mistakes are not likely to be popular with readers who are looking for good quality content in their search results. This is the basic premise of the Panda 4.1 update. If such low quality content is penalized, the thinking goes, better quality original content without spelling errors or formatting problems will have an easier time finding its way to the top of the search results.

This has created an opportunity for smaller sites to compete on a more level playing field with sites that formerly dominated the search results. Without the ability to cast a wide net across a huge variety of keywords, large “rich” sites no longer have any justification for spending heavily on the production of varied content. Such mass-produced material is believed to be more likely to trigger a penalty in the Panda 4.1 update. The rich sites have to find quality content. Even if they do, smaller sites capable of producing that higher quality content on their own can compete equally.

Writing is very often about making a connection with the reader. Authors know this, which is why so many authors, especially in the fiction market, try to put a personal touch on their work. They don’t have to be as interested in millions of pageviews if instead they can concentrate on establishing an audience of a few hundred dedicated readers. This may be one justification behind the new search algorithms. Depending on how narrowly focused the search terms are, Google may be creating a situation that allows individual authors to establish a small scale readership side-by-side with other sites that share some of their keywords.

This would simultaneously create clearer opportunities for individual authors or small sites, while leaving the wider market open for larger sites less interested in the “cottage” industry of a few hundred readers and more interested in a mass market approach with the largest possible ad revenues. If Google’s Panda 4.1 update can successfully separate these two markets, both kinds of sites may find their content getting into the hands of people who are far more satisfied with their search results.

Readers are as varied as their searches. Someone who is searching for “dentists” is probably more interested in general information. Someone who searches for “dentists in Palm Beach County Florida” is probably more interested in making an appointment. An article written for one is not very likely to be of interest to the other. Google knows this. If they can establish a search system that guides readers to the specific kind of information they are looking for without disrupting the service for other readers, then they will have created the exact opportunity for small sites and individual authors the Panda 4.1 update promises.

The update also creates a situation where in-depth content produced by an expert increases in value because it is no longer competing with more generalized content. Some readers are not interested in an in-depth piece. Without the kind of algorithm that separates the two kinds of articles or pages, both kinds of content suffer.

These are exciting times for small scale publishers. Google’s Panda 4.1 update may very well be the first step to a more context-friendly web.