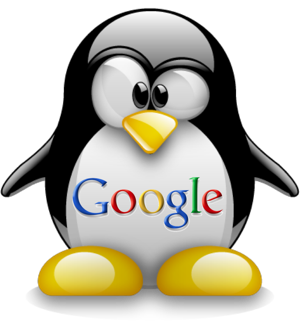 Anyone who cares about SEO and ranking a website pays attention when they hear news of Google updates. Previous changes in Google’s algorithms, including Panda and the original Penguin, caused some major repercussions in the rankings. While some sites actually benefited, many more were penalized. In some cases, this caused the collapse of entire online businesses. Google has just announced that Penguin 3.0, the latest Penguin updated, went live on October 17, 2014. The last Google Penguin refresh was a little over a year ago, introduced in October of 2013. What will this new update mean?

Penguin: The Final Nail in the Coffin For Low Quality Links

In order to predict what Penguin 3.0 will mean for website owners and SEO specialists, it’s important to understand the fundamental changes brought about by prior Penguin releases. One of the biggest areas that must be considered is the area of so-called negative SEO, which involves removing low quality “toxic” backlinks from your link profile.

Google has, over the last decade, been consistently trying to crack down on what it considers to be low quality or spammy backlinks. Ever since search engine optimization experts figured out that they could rank sites by inundating them with thousands of links, Google has done everything in its power to discourage this. Penguin can be seen as the culmination of this long term effort.

Penguin did more than render links from link farms and spammy sites useless or even harmful. With Penguin, many SEO gray areas were affected as well. This includes:

These are just a few examples of the type of unnatural linking practices that are no longer beneficial in the post-Penguin world. It is likely that the next Penguin update will mean even further penalties for websites that continue to use outdated SEO tactics. If your website has been fortunate enough to escape the consequences of prior updates, now is a good time to get things in order so that your luck in this area doesn’t run out.

Link remediation is a practice that has become a lot more popular since the original Penguin release. It involves removing backlinks that are likely to be penalized by Google. There are a few steps to this process. First, you must identify the problematic links and other practices. Then you must remove them.

You can manually check your content for possible problems, such as low quality links or lack of anchor text diversity. You can also use Google Webmaster Tools and other SEO tools to help you diagnose the health of your overall link portfolio and analyze individual backlinks. Removing potentially harmful links can be a tedious process, but it is well worth doing if you want to safeguard your site. The first step is to contact the website owners and simply ask them to remove the links. You should request that they remove links from their entire domain.

For links that are not removed by webmasters, you can use Google’s Disavow Tool. This can be found in Webmaster Tools. Google itself advises using this tool with extreme caution. Otherwise, you could end up removing valuable links, which could do damage to your rank.

Looking to the Future

While you should make every attempt to make changes to your site to protect you from the next Penguin update, your main focus should be on your future SEO efforts. It can seem confusing and a little overwhelming to keep up with all of Google’s updates. However, if we study the relatively short history of search engine optimization, we can identify some ongoing trends.

In general, Google has been rewarding relevant, high quality content that serves its users. It has been penalizing unnatural and overly aggressive SEO such as unnatural linking. If you want to rank your website, or your clients’ websites in the future, there are a few principles to keep in mind.

Penguin 3.0 is now upon us. Only time will tell exactly what this will mean since the update is still being rolled out. However, you can expect that it will cause another reshuffling of the rankings, with websites that don’t conform to the latest quality guidelines left behind. If you want to make sure that you don’t fall victim to the next Penguin update, make sure you pay close attention to your own SEO tactics and make any necessary adjustments.