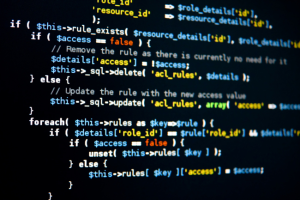 Google has announced that it’s going to release yet another algorithmic update on November 1, 2015. This one is fairly focused and specific, but it still has the potential to affect many sites. Google has, in fact, made the rather ominous statement that certain pages will be de-indexed if they don’t measure up to the latest standard of mobile-friendliness.

This update is concerned with large and intrusive apps for mobile pages that block content. According to Google, such apps make it difficult for users to access the content for which they’re searching. Let’s take a look at what this means, who is likely to be penalized and how you can make sure your site isn’t affected by the new update in November.

The November update is specifically concerned with sites that use advertising apps on mobile sites. The issue, according to Google, is that certain interstitial ads block large amounts of content. Many of these ads are designed to get the searcher to download the app. In other words, the promised content is simply a way to get users to help spread a viral app.

Google’s position is that when visitors click on search content and are unable to see the information they were searching for because of an ad, it lowers the value of the search results. While visitors do have the option of clicking away from the app ad, this is not always easy. The small “x” that allows you to click away from ads can be hard to see even on large screens. On mobile screens, however, it can be all but impossible to click away from the ad without clicking on the ad itself. This is, most likely, deliberate as advertisers try to make it as difficult as possible to close their ads. Such app ads are often used to promote games, but they can be present on almost any type of site.

This crackdown on large app ads can be seen as the next stage in Google’s increasing interest in making its search results more mobile-friendly. It comes on the heels of what has been called Mobilegeddon. In fact, the search engine has already updated its standards for mobile-friendliness to discourage content-blocking apps.

Ironically, Google itself used this very tactic until quite recently. In this case, app ads were used to promote the downloading of the Google+ app. In July, however, Google announced that such ads were going to be discontinued on the Google+ site. The search engine decided to discontinue the practice after research found that almost 70% of visitors abandoned the site completely when faced with a full page ad promoting the app.

A corollary statistic, that 9% of visitors actually did download the app, was still not enough to justify the practice, at least for Google. Of course, not all webmasters are as concerned with providing optimal user experience as is Google, so many sites still use this type of ad. Soon, however, they will have to pay a stiff price in terms of SEO if they continue this practice.

The Next Stage of the Mobile Friendly Update?

Google officially released its mobile friendly update, informally known as Mobilegeddon, in April, 2015. This was not the the first time that Google announced it would be considering mobile-friendliness as a ranking factor. As early as 2009, it was revealed that mobile sites would be ranked alongside traditional ones.

The Mobile Friendly Update, however, was the first official update that explicitly made this a ranking factor. While the update was introduced in April, results were not immediately felt. Studies revealed, however, that by the end of May, some significant ranking changes were apparent from this update.

In order to make it simple for website owners to know if their site met the new standards, Google introduced the Mobile-Friendly Test, where you can simply type in an URL and get a pass or fail grade on your site’s mobile-friendliness.

Google has already downgraded sites that use interstitial apps that block content. In other words, if your site has such as app, it will most likely fail the Mobile-Friendly Test. Come November 1, however, the consequences will be more dire and such sites are likely to be removed entirely from the search results. As with other updates, this will not happen all at once on the first day of November. As the update unrolls, though, such sites are not likely to fare well in the search listings.

Not a Crackdown on All App Ads

It should be noted that webmasters will still be able to advertise their apps on mobile sites. The new update only targets ads that block significant amounts of content. For example, App Installed Banners or Smart Banners are considered mobile-friendly by Google. So webmasters who want to promote apps and still remain in Google’s good graces only have to confine themselves to using approved app install banners, such as those made for Safari and Chrome.

What Can Be Learned From This Update

On the surface, the lesson here is not to use large and intrusive ads promoting apps. Beyond this, however, certain broader messages can be absorbed about Google’s preferences.