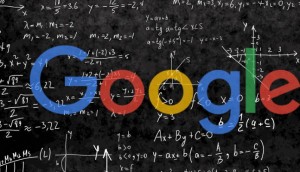 Google often starts the new year with an update, so many analysts were expecting a Penguin update at the start of 2016. However, it appears that instead of this, we have something even more significant -a core algorithm update. This was confirmed in a Twitter post by Gary Illyes.

This update has already resulted in many ranking changes. While the long term effects of this are yet to be seen, it’s a good idea for website owners to take a close look at their SEO factors and make sure that this is a good year and not one where they get penalized.

What is a Core Algorithm Change?

When Google talks about making a change to its core algorithm, what exactly does this mean? This is, by Google’s own admission, a difficult term to define precisely. However, the company has recently made an effort to clarify the implications of this type of update. According to Search Quality Senior Strategist at Google Andrey Lipattsev, a core update is one that “probably doesn’t change that much over time, and that it is more about how we perceive it, in the context of the algorithm.” If you want to hear a comprehensive discussion of this topic with Lipattsev, along with Bill Slawski, Eric Enge and Ammon Johns, you can watch the complete video.

Based on the comments by Google spokespersons, it’s still no easy matter to pinpoint exactly what Google means by a core algorithm change. It seems like a loose definition with multiple interpretations. However, that doesn’t mean it doesn’t have important implications for SEO. Indeed, there have already been some major winners as well as some casualties in the last few days. Let’s take a look at some of the factors that have impacted these latest ranking shifts.

Searchmetrics observed some major ranking shifts in the top 100 websites since the new update. The factors that have impacted the changes are certainly not new. However, it appears that certain issues, such as original content and age of content, are now going to be more important than ever before. Certain online publications, for example, such as Atlantic.com, Newyorker.com and Vanityfair.com were big losers in the latest update.

What is significant about all of these websites is that each is primarily known as a print publication with an online version. These type of publications typically have a large number of older stories that often date back many years. This suggests that Google now places extra emphasis on topicality and may penalize sites that rely too much on dated content.

This theory is supported by the fact that some of the biggest winners in the update were sites that focus on the latest news stories. The site that made the largest gains was gq.com, with their most popular page a recent story about football star Tom Brady. Gq.com, of course, is also based on a print publication and also has many older stories on its website, so the issue is not a simple one. This site, however, tends to focus more on the latest celebrities and trends, which is apparently good for SEO.

Another factor that seems to be relevant with the recent update is the overall quality of content. This can be difficult to pinpoint, as quality is a somewhat subjective term. However, there are a few factors that seem to be especially pertinent with the latest update.

Lessons From the Latest Update

It’s always a challenge to take away firm conclusions from Google updates, especially so soon after they’ve been implemented. However, based on a quick look at who has benefited and who’s been penalized recently, we can make certain inferences.

In the past, it was easier to rank using a single factor, such as the number of incoming links. Over the years, Google has made its algorithms more complex and including an ever wider variety of factors. Today, for example, your site has to be mobile-friendly and provide fast page loading time. That, of course, is in addition to the many other criteria discussed above, such as content length, relevance and visitor retention.

It’s still too early to predict exactly what this core algorithm update will mean for websites. We don’t yet know, for example, if the recent ranking shifts will be long term. However, there’s little doubt that Google intends to continue rewarding sites that focus on longer, relevant, recent and interactive content.