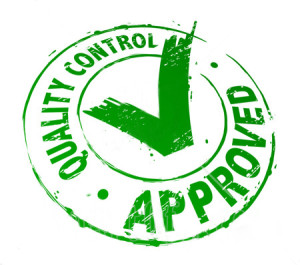 Many websites have noticed a change in ranking, sometimes quite drastic, starting in April, 2015. At first, it was a matter of debate whether or not anything had really changed. Google, however, has recently admitted that it has made significant changes in how it assesses the quality of websites. For this reason, these changes are being referred to as the Quality Update. Another name for it is the Phantom Update (or Phantom II, as another update from two years ago was also dubbed Phantom), because it appeared to come out of nowhere and it’s very existence was initially questioned.

The Quality or Phantom update comes on the heels of so-called Mobilegeddon, where Google has officially begun using mobile-friendliness as a ranking signal. The Quality Update is an even more comprehensive update. As it stands, websites are having to deal with two updates that were released in April-May of 2015.

Main Features of the New Update

According to Google, the new update does not target any specific type of site. Some websites, such as Hubpages, initially suggested that Google was going after sites that provide information in the “how to” format. Apparently, however, the update is more general than this. Some webmasters and search engine experts are reporting that Phantom 2 is causing more problems for more sites than the original Phantom, which was released in 2013. This is, of course, a subjective issue and based on what individual sites are reporting. With every Google update, some sites are affected drastically, some slightly and others not at all.

There is also the fact that the search engine usually introduces updates gradually, so not all sites see the changes at once. This can give you a false sense of security if you don’t immediately see a drop in the rankings. It’s still important to pay close attention to what criteria is being used with the update or you risk facing problems later on.

One natural reaction to changes in ranking is to assume that it’s part of Panda or Penguin, which have been so devastating to many sites over the last few years. Google, however, has officially denied that these recent changes are Panda or Penguin related. Nor does the new update seem to be directly connected to the aforementioned Mobilegeddon. This recent update, while certainly significant, is related to a single, easily measured factor -the mobile-friendliness of a site. Google has made this simple to track by providing its own tool that instantly tells you whether or not your site measures up in this area.

Unfortunately, the Quality Update is not as easy to define as the one involving mobile-friendliness. The fact that Google, as usual, is not releasing specific information on the quality signals it is searching for, does not make it any easier for websites to respond. There are, however, some clues about what Google is looking for when deciding whether or not your site is high quality or not.

What Factors are Causing a Drop in Rankings Across All Updates?

What really counts with new updates is not what they are called or even what Google says about them, but what factors can objectively be seen to cause problems for websites. Based on what many websites have been reporting, the following factors seem to be the most relevant ones.

Lessons to be Learned From the Quality Update

The Quality or Phantom update is still quite recent, so its long term repercussions have yet to be seen. Yet, if we look at this Quality/Phantom update within the context of past updates, we can draw some lessons from this. While Google officially denies that this update is part of Panda or Penguin, many of the results seem suspiciously similar so far.

It’s quite obvious that Google is continuing its long term trend of rewarding sites that provide high quality content to users while penalizing those that have lots of ads, thin content and poor quality links. Although this specific update is new, it seems to be a continuation of long term trends. Websites that want to retain or improve their ranking should now be extra conscientious about following Google’s recommendations regarding content and website quality.