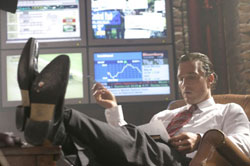 For about the past year, I’ve been supplementing my income by purchasing (and in some cases creating) sites for the sole purpose of later repackaging and selling at a higher price. I’ve also gotten WAY more serious lately about domaining, or SEOmaining as it’s been coined, which is a much more accurate description. I’ll save that for a future post strictly about my experiences so far with domaining.

If you think flipping sites sounds similar to rehabbing houses, you’re absolutely correct. The biggest difference is that buying sites requires much less capital and is a whole lot easier to do than flipping residential or commercial real estate. I’m confident that anyone can make money online with web property acquisitions after reading this post.

The first and most important thing you’ll need to do is spend some time researching the market and what’s currently out there. As far as marketplaces go, my personal preference for buying and selling sites is the “Established Site” and “Premium Site” sections on Sitepoint, however I know many webmasters are having great success with Digital Point forums as well.

After doing some initial lurking from the sidelines, find a site or sites that you KNOW you can easily redesign, better monetize, increase traffic to, or best case scenario all three. I prefer to stick with sites in niches that I’m already familiar with, but this isn’t completely necessary.

Once you locate a few sites that just need a shove in the right direction, ask the seller any questions you may have and verify all details BEFORE placing a bid. It’s really annoying to have someone bid first and ask questions later. My absolute limit as far as price goes is 12 times current monthly profits (unless a premium domain is involved), but most sites are bought and sold for around 10X earnings.

With the background info out of the way, let me dive right into the case studies of my top three producers so far. I have several more I’ll be selling soon and will update this post with those figures as well.

Web Property Flip #1 – Game Related Website
This flip was a very simple 10 page site about a particular video game series that I played CONSTANTLY as a kid (hint: save the princess). It had 100% original content which I verified via Copyscape, a simple but great CSS layout, and Adsense integrated fairly well throughout its’ pages. The areas that needed work were the logo, backlinks (had extreme dependence on reciprocal linking), and traffic/rankings. No problem, right? Right! It was earning about $120 per month via Adsense and about $10 per month via Text Link Ads, which I knew I could improve upon with minimal effort.

So I bought the site for $1,300 (10 times earnings) and as soon as the domain/website were transferred over I got to work. The first thing I did was redo the logo to make the site look more professional, and then I removed the crappy reciprocal link farm on the site’s “friends” page.

Next I did some competitive analysis on the sites that were ranking for the keywords that I wanted this site to rank for, and got busy cherry picking their best backlinks (*insert evil laugh here*). The final step was to change the positioning of Adsense throughout the site to make the ads blend in a little better, which resulted in a much higher clickthrough rate. Once this was completed, all I needed to do was sit back and watch the earnings as well as rankings climb.

Here’s the revenue breakdown for this flip:

Web Property Flip #2 – SEO Web Directory
There’s only one word to describe this site when I bought it: U-G-L-Y. I don’t know if the owner intentionally made the site hideous, but it certainly appeared that way. Strangely enough I picked this one up at Godaddy’s Domain Name Aftermarket, but I don’t advise browsing there because it’s usually a waste of time.

The site was a web directory running the free version of phpLD, and I purchased it for $500 because it had very little traffic. What it did have though was a ton of content in the form of SEO articles and a great domain name, which I knew I could leverage to set it apart from the thousands of other paid directories out there.

The first tasks were to find a better template, design a logo, then clean up the existing content. I also raised the prices for the different types of submissions offered, because they were way too low. I integrated Adsense as well as Text Link Ads to ensure the site was firing on all cylinders and not relying solely on submissions for revenue.

Soon after this was completed I started promoting the site through the various directory lists out there, and the paid submissions began rolling in. The great thing about paid directories is you keep the submission fee whether you accept a site or not, so I was selective about who I allowed in to show visitors that the site was focused on quality.

Long story short is that I did remarkably well with this one. The details:

Web Property Flip #3 – Social Community Site
Next up is a site that I actually created myself to test out the new multi-user version of WordPress, dubbed WordPress MU. Shortly after getting the site online I discovered that it had received some link love from the developers for being a great looking demonstration of what’s possible with WPMU, and with the links also came tons of new user signups. I sold a few text links on the site since it was a PR6 and received about $150 per month.

After I finished up with my beta testing and reported all of the bugs I could find to the developers, it was time to flip the site and receive compensation for my efforts. I listed the site at Sitepoint and had lots of bids, but one buyer PM’ed me to express their interest in ending the auction early for a quick transaction.

The final numbers on this sale were:

One REALLY important thing to keep in mind in these types of auctions is that everything operates on the honor system. If someone places a bid on a site you’re selling and then decides not to buy, there are no controls in place like ebay. There isn’t a thing you can do about it except reopen the auction for bids and remind everyone that you’re looking for serious bidders only. Don’t be an ass and place bids if you don’t intend on following through.

So there it is. Identify a good deal, add value, flip, repeat. Good luck with website flipping, and when you’re rolling in the dough don’t forget about me. 🙂

« More On Google’s Paid Link Hypocrisy
Webmasters Of The World, Unite And Take Over »